On March 25-26, 2019, Freund-Vector through a joint partnership with Chemische Fabrik Budenheim KG, presented a poster at the 3rd European Pharma Congress in Bologna Italy on “Adjusting the Release Rate of Mesalazine from Matrix Formulations by Addition of various Excipients”.

The API used in this test was Mesalazine.  The issue with Mesalazine is that’s its mostly supplied as very fine powder with extremely poor flowability, and wet granulation is most often used to meet the challenge. However, Mesalazine is prone to degradation by several pathways (e.g. oxidation to oxidation and forms quinoneimine), especially if brought into contact with water.

In the presented study it is shown that poorly flowing Mesalazine can be formulated into a prolonged release dosage form by roll compaction of the mixture containing a matrix former, such as HPMC and direct compression fillers.  Moreover, the influence of several fillers on the drug release profiles in standard dissolution methods is compared to that in bio-relevant, mechanical stress simulating dissolution tests. 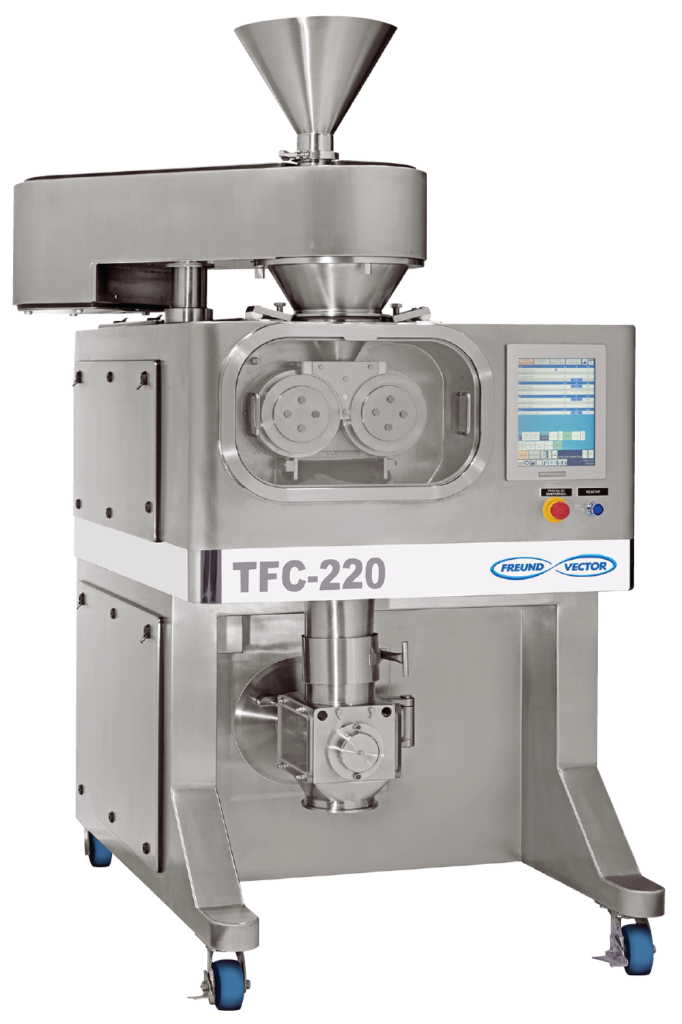 As a result, dry granulation of the powder mixtures increased the flowability from very poor (AOR around 62 °) to a passable flow (AOR around 40 °) for all mixtures.  The bulk density was increased 2.6 fold.

To read the details of this report, please click here.

We use cookies on our website to give you the most relevant experience by remembering your preferences and repeat visits. By clicking “Accept All”, you consent to the use of ALL the cookies. However, you may visit "Cookie Settings" to provide a controlled consent. Read More
Cookie SettingsAccept All
Manage consent

This website uses cookies to improve your experience while you navigate through the website. Out of these, the cookies that are categorized as necessary are stored on your browser as they are essential for the working of basic functionalities of the website. We also use third-party cookies that help us analyze and understand how you use this website. These cookies will be stored in your browser only with your consent. You also have the option to opt-out of these cookies. But opting out of some of these cookies may affect your browsing experience.
Necessary Always Enabled
Necessary cookies are absolutely essential for the website to function properly. These cookies ensure basic functionalities and security features of the website, anonymously.
Functional
Functional cookies help to perform certain functionalities like sharing the content of the website on social media platforms, collect feedbacks, and other third-party features.
Performance
Performance cookies are used to understand and analyze the key performance indexes of the website which helps in delivering a better user experience for the visitors.
Analytics
Analytical cookies are used to understand how visitors interact with the website. These cookies help provide information on metrics the number of visitors, bounce rate, traffic source, etc.
Advertisement
Advertisement cookies are used to provide visitors with relevant ads and marketing campaigns. These cookies track visitors across websites and collect information to provide customized ads.
Others
Other uncategorized cookies are those that are being analyzed and have not been classified into a category as yet.
SAVE & ACCEPT